HOW CAN ONE GET RID OF BAD LUCK? 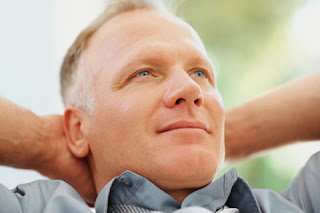 We have often heard of wind chimes, gold fish; three-legged frog having a coin in its mouth, good luck charms, mystical amulets and scores of other such things which are used for warding off bad luck. However, I have made it clear in my previous posts that from the Islamic viewpoint; bad luck can be attributed to evil eye and black magic and all the negative vibrations and negative energies revolve around these two factors. Hence, the greatest challenge before us is to effectively deal with the problem of evil eye and black magic In an Islamic way, in order to avert bad luck.

As far as the problem of evil eye is concerned, there are numerous prayers from the ahadith by reading which we can get rid of it its ill-effects. However, there are some people who are more prone to getting affected by evil eye, such as the children. Therefore, some parents consider it wise to make their children permanently wear a taweez or amulet, which has some Quranic verses on it.
As far as black magic is considered, though it is a spiritual disease yet like any other physical disease, it also needs to be diagnosed at an early stage. Early diagnosis makes the cure easier.

In Black magic spell remove with Quran I have explained the various symptoms of black magic. If a person experiences any of these so it would be wiser for him or her not to take them lightly. Carelessness of any sort in matters related to black magic can prove to be life-threatening. Therefore, if a person has some idea that he is under a black magic spell then he should take action immediately.

There are many amongst us who are passionate readers and may have plenty of information about the various home remedies through the many sites on the internet. We can also collect lots of information about the various natural antibiotics, herbs and other natural remedies. In case, such people suffer from a minor health problem then they can easily cure that ailment without seeking any professional help. However, if the ailment is severe or if there is a severe bacterial infection then the use of antibiotics becomes imperative. Obviously, it is not possible for a layman, however well-informed he or she might be, to decide which antibiotic would be suitable to control the infection. In other words, a person needs to seek professional help when the problem is serious.
In the case of black magic also the same thing may occur. Sometimes the severity and the degree of the black magic attack can be less. In such cases the victim maybe able to deal with the situation himself. However, this does not imply that if the black magic attack is a minor one than being able to thwart that attack oneself maybe a cakewalk. The following things need to be kept in mind in self-treatment of minor black magic spells/attacks:
An in-depth knowledge about the phenomenon of black magic
knowledge about the various Quranic verses which are effective in curing black magic
The cunning tactics of black magic jinnat and ways of dealing with them.
Leading one’s life according to the Sunnah of the Holy Prophet (pbuh)
Offering Salaah punctually.
Reading Quran and listening to it.

In a nutshell, if a layman takes on the responsibility of curing his black magic problem on his own then he or she should try to fulfill all the obligatory acts of worship such as Salaah and also spend time in the remembrance of Allah (swt).   The various Islamic prayers for curing black magic can be easily accessed through books on black magic or through websites related to black magic.
However, if the black magic spell is powerful, or if there are more than one black magician after you or more importantly if your enemy has decided to continuously attack you with black magic, then one is left with no other option besides seeking the help of a spiritual healer. In cases of powerful black magic attacks the problem gets out of hand of a naïve victim and it is impossible for him to handle the situation all by himself. It becomes imperative for such a victim to seek the help of Muslim spiritual healers, who are trained and specialized in dealing with such cases. Just like doctors are trained to cure physical ailments, likewise, a Muslim spiritual healer is also trained in curing spiritual ailments such as black magic and evil eye.