THE DIFFERENCE BETWEEN ONE TIME BAD LUCK AND ONGOING BAD LUCK 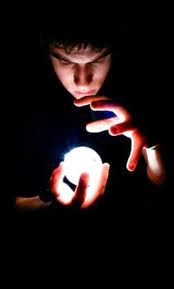 If someone wins a jackpot, a trip to an exotic destination or a lottery then that person is considered to be lucky amongst his friends and acquaintances. At some other times we find people who get almost everything that a person can ask for. They may be blessed with a good career, marital bliss, obedient children; a loving and supportive extended family, loyal friends, fame and a smoothly sailing life. Such people experience good luck in a general sense as opposed to the one-time good luck in the earlier case which I have mentioned. Similarly, if a rich and healthy person meets with an accident; gets hospitalized and recovers after some time it may be considered to be a one-time bad luck. Or else let us take the example of a student, who after completion of his studies may apply for training in some reputed companies. He may be turned down by a company initially.  However, after a few attempts he manages to get training in a good company. So his initial failure was just a one-time bad luck. Now the case of ongoing bad luck is different. It may happen when the po
or guy keeps running from pillar to the post in search of training but does not find one. All his friends would be on their way to becoming professionals and he would be the only one left out. Then suppose he manages to get trained somewhere then the same problem will crop up again when he starts looking for a good job. Despite having a good qualification and training the guy may not get a job anywhere. Suppose, he manages to get a job but it will not be long before he loses that job. If you identify yourself with this guy then, undoubtedly, you are a victim of ongoing bad luck. This type of bad luck is not experienced naturally, for sure. After all how can one explain the fact that a guy who has the required skills for a particular job gets dumped everywhere and every time? Such ongoing bad luck happens only when there are envious people around you who detest you and who do not want you to become successful. Since such people cannot stop you directly from looking out for a job so they try a cunning tactic, instead. They spend money to hire a black magician to spoil your career prospects. The result is that all the roads to your success get blocked through evil energies and no matter how much you try you may never be able to tackle the problem alone. Another example of ongoing bad luck can be the frequent altercations between couples. Which couple would not like to live happily together?  However, if their marital bliss has been blocked by a black magician, then, however much they may try to save their marriage but they will fail to do so. One of the signs of black magic is that suddenly people change their attitude without any sound reason. Foe example, a married couple who has been erstwhile living in complete harmony and bliss, will start quarrelling all of a sudden. Tempers will rise and they may be at each other’s throat every now and then. So how can such irrational behavior be explained? Definitely someone has played the dirty trick of using black magic to break their marriage. The earlier they understand the problem the better for them. As the saying goes ‘A stitch in time saves nine’. If they attribute the sudden bitterness in their marriage to some other so-called rational and scientific’ factor such as mood swings, a bad deal in business making the husband easily irritable and so on and so forth so the outcome will be definitely drastic. The underlying problem of back magic will get a chance to intensify and grow, thereby aggravating the problem and worsening it. The Holy Quran says in Surah Baqarah, verse 102:

“….Whenever these two angels taught black art to anyone, they would always give a clear warning beforehand, saying, ‘We are merely a trial for you; so do not commit blasphemy,- but in spite of this warning those people used to learn from the angels the art which caused division between husband and wife- Although it was obvious that they could not do any harm to anyone by means of this magic without Allah’s permission yet they learnt that art which could not be profitable even for them but was actually harmful. Moreover, they knew it fully well that anyone, who purchased that art, would have no share in the Hereafter’.

This Surah shows that some evil people had learnt the black art even though they were warned that this art was being accessible to them just to test them whether they obey Allah (swt) or they try to create mischief in the world by creating division between married couples (and ruining their eternal life, in the bargain).

So this post was an attempt to explain the difference between a naturally occurring one-time bad luck and a black magic induced ongoing bad luck. Therefore, in order to protect ourselves from irreversible damage done by black magic, we should become alert if we notice that good luck is eluding us again and again.