WHAT ARE THE SIGNS OF BAD LUCK? 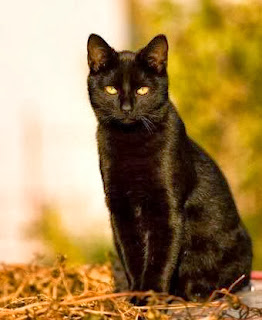 In my previous post, I had mentioned about the effects of black magic induced bad luck. The negative energies which are channeled towards the victim can block his or her financial success, happiness, marital bliss and many other aspects of life such as education, intellect, reputation, children, health, sanity etc.
In many cases, when people suffer from such problems in life they attribute them to their bad luck, sins done in the past, their own wrong decisions or to some superstition. They often fail to get to the bottom of their problem and do not seek help from a spiritual healer. The outcome is that their problem gets aggravated due to delay and by the time they decide to seek help it becomes too late.
In simple words, the many victims of black magic induced bad luck do not recognize their problem and as I have said before that a problem recognized is a problem almost half-solved. So their problem is left unattended just like an open sore. Without a timely treatment, an open sore may get infected and the bacteria from the environment may attack it and worsen it. Likewise, the problem of a novice victim of black magic also gets worsened. If there is no anti-bacterial cream and bandage on the wound the infection may become severe. Likewise the novice victim who does not understand his own problem and does not seek spiritual help also becomes a soft target for the black magic jinnat. Since such a victim does not have any protection so it becomes easier for the jinnat to attack him repeatedly just like the bacteria easily attack an open wound.

Therefore, in the present times, when black magic has become rampant and it has reached its zenith, just like science and technology, it is quite risky for us to be unaware of this dark truth of life. The reason why I have said that black magic has reached its peak in the present times is that in the olden times people feared Allah (swt) and they did not attack their victims persistently like they do these days.  The reason behind the increase in black magic related activities can be attributed to the rise in materialism. The western concept of materialism has lead to unnecessary competition and conflict. This is turn gives rise to envy and jealousy. The people are constantly vying to outdo each other. Instead of feeling happy on seeing their brethren succeed they feel resentful about it. This situation has increased the use of black magic as a weapon to rob others of their wealth, happiness, health etc and to stay ahead in competition.

Getting back to the original point now I would like to enlighten my readers about the main signs of black magic, which if ignored, can lead to a traumatic situation. I shall start from the apparently insignificant signs which are sometimes completely ignored due to lack of awareness, by the victims. If these signs are taken lightly then they may help in the perpetuation of black magic, thereby bringing on bad luck.
Twitching of one’s eyebrow or the eye is a sign which is related to black magic. It shows that some spiritual entity (jinnat) suing force to enter the victim’s body. If the victim observes carefully then he or she may notice that such a twitching is often followed by an evil thought. This shows that the jinn has managed to intrude into the victim’s mind.
A jerk in any part of the body without any apparent reason is a sign of black magic also. It means that a black magic jinn is trying to enter into the body of its target. Things which may happen with a sound reason can be considered to be natural. However, if a person is lying down and suddenly he experiences a jerk in his hand feet or elsewhere then what can possibly be the reason behind this? Those who do not understand the basics of black magic will try to find some or the other so-called scientific reason behind such an uncanny jerk. However, the truth remains that simply because we are unable to see the jinnat, souls or other supernatural elements such as the angels does not mean that they do not exist. The belief in the Unseen or Ghaib is one of the basic tenets of Islam. So if a person tries to falsify  the existence of such supernatural elements then he will be doing this at his own risk
Nightmares are also related to black magic and they are also a sign for us to become cautious. Otherwise how can one explain the reason why some of us see graveyards, snakes, scorpions, filthy toilets, or simply faeces, etc in our dreams when we might not have thought about them even once during the daytime.  I have explained the concept of dream in my blog HYPERLINK "http://dreaminterpretationslam.blogspot.in/" http://dreaminterpretationslam.blogspot.in/ . I have also explained that each dream has a meaning, however insignificant it may seem to be. So if we happen to see dreams which are scary or which leave us tensed then this is a sure shot sign that some negative energies are being directed towards by a black magician.
All of us know that if we fall down somewhere or if we get a bump then a black or blue bruise appears on the skin. Since such a bruise is preceded by a fall so it quite painful. However, how can one explain a black, prominent bruise on the body which is not painful at all? If we think hard we will notice that the bruise appears without our getting hurt anywhere. Such inexplicable bruises can be attributed to black magic and they are caused by the aggressive jinnat.

According to forensic science, each criminal leaves a trace behind. It is the duty of the forensic trace evidence examiner to analyze the crime scene and to detect those traces to crack the case. Likewise, the black magic jinnat also leave a trace behind. This includes the signs which that I have mentioned above. Now it is up to the victim whether he seeks the help of a spiritual healer to solve the black magic case or else he prefers to shut his eyes to these signs and let the problem be aggravated.
The choice is entirely his!