THE UNDERLYING CAUSE OF BAD LUCK 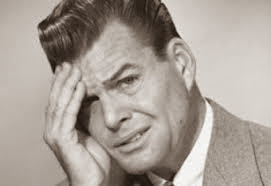 In this post, I shall throw light on the reason why some of us experience bad luck in life. Being a Muslim it is our duty to try to see things in their proper perspective, i.e. in the light of Islam. If we deviate even slightly from the Islamic philosophy then we may be always groping in the dark.

Some people attribute bad luck to their stars. However, Prophet Mohammad (pbuh) said, ‘The evil eye is real and if anything can overtake Divine Decree (al-Qadar) it would be the evil eye’. (Muslim). As far as overtaking Divine Decree is concerned we know that it is simply not possible. Prophet Mohammad (pbuh) has mentioned about this in the hadith simply to stress the fact that evil eye can be extremely harmful. The extent to which a person can be harmed by evil eye may need a separate post. In a nutshell, evil eye can induce bad luck by causing hordes of physical, mental, educational, marital and financial problems.

The Holy Quran has also testified the truth about evil eye in Surah: 113, verse: 5:
“..and from the evil of the envier, when he envies’.

The phenomenon of evil eye is not only related to mankind but also to the jinnat. Evil eye can be caused by both mankind as well as the jinnat. This has been proved by a hadith which goes like this:

“It has been narrated by Umm Salamah (ra) that Prophet Mohammad (pbuh) saw in her house a slave girl and on her face was As-safaa’ah. Prophet Mohammad (pbuh) said, ‘Seek ruqyah for her for verily she is afflicted by a look (evil eye)’. Al-Bukhari -5739.
Acording to the Islamic scholars the word As-safaa’ah means the evil eye from the jinn.
This proves that the jinnat can also afflict us with evil eye.

As far as the evil eye by mankind is concerned, it refers to the negative vibrations coming from the envious person, intentionally or unintentionally, towards the victim. The victim, thus, gets afflicted by the evil eye and the negative vibrations can prove to be quite destructive for the victim. Evil eye from mankind has become very common nowadays due to the rise in the competitiveness, materialism, egotism, greed and jealousy in the society.
On the other hand, if a person gets possessed or affected by a jinnat or a demon then this is a kind of an evil eye affliction from the jinnat.
Generally speaking, a victim can be afflicted with an evil eye through a look, thought and through black magic. Black magic involves the use negative energies in order to afflict the victim with an evil eye of jinn.

The bottom line is that rather than planetary positions, past mistakes or some other superstitious reason it is actually the evil eye (whether of mankind of jinnat) which plays a critical role in our life. The hadith which I had mentioned above in this post also shows that evil eye does exist. If left untreated, the problem of evil eye and black magic can prove to be lethal and it can bring about persistent bad luck.

Then what is the solution